Unexpected Results: The Eternal Podcast is about a Digital Card Game called Eternal by Dire Wolf Digital that is broadcast and recorded live every Monday night at 9pm Eastern // 6pm Pacific @ http://twitch.tv/theplatypusking 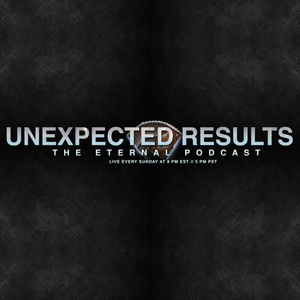 We discuss the most recent ETS results, the recent nerfs to Accelerated Evolution and Levitate, the upcoming Twitch Prime Bundle and the future of cosmetics in Eternal in general. There's even a small discussion at the top of the show about the NXT Championship match between Aleister Black and Tomassa Ciampa!